This event is hosted by the Sydney Peace & Justice Coalition which emerged during the 2002-03 campaign against the invasion of Iraq; and Australians for War Powers Reform which is also a response to the Iraq Invasion. 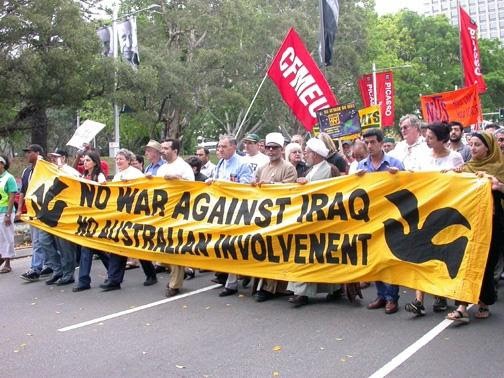