Facilitated by Tim Costello AO, this panel will explore how new approaches are required to address the climate crisis, and the challenges it creates to peace and security.

The discussion should cover the impact of the climate crisis; the military’s contribution to Greenhouse Gas Emissions; the military response to the crisis, and the implications of these for our future peace and security. 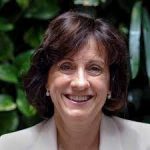 Her principal research interest has been the impacts of climate change on species and ecosystems and the implications for conservation. She is a former Lead Author in the IPCC’s 4th and 5th Assessment Report, a former federal Climate Commissioner and now a Councillor with the Climate Council of Australia. She is also a member of the Wentworth Group of Concerned Scientists, a Director of WWF-Australia and climate change science advisor for Pollination.

Topic: Lesley Hughes will briefly summarise the key messages of the IPCC Sixth Assessment Report and consider the implications for global security, including the displacement of people.

Involved 20+ years in education and development programs in Papua New Guinea and the wider Pacific region.  Her first involvement in climate justice was in conjunction with a World Council of Churches program of “Justice, Peace and the Integrity of Creation” in the 1990s.  Since 2009, Wendy has coordinated the Climate Frontlines program of Friends of the Earth Australia, collaborating with the Pacific Islands Council of Queensland and in dialogue with the Pacific Islands Climate Action Network (PICAN).  The program has also provided opportunities for Torres Strait Islander advocates to publicise the climate change impacts on their homelands.  Since 2013, Wendy has been a member of WILPF’s Queensland branch and was recently elected national vice-president.

Topic: Climate change and conflict, with special reference to Australia and the Pacific.  After a broad sweep of the potential for conflict in the escalating climate change impacts globally, the presentation will focus on challenges faced by Pacific communities in the face of increasingly extreme weather events, other changing environmental conditions, and forced displacement & migration. 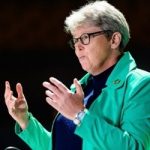 Cheryl Durrant: Executive Member of the Australian Security Leaders Climate Group, an Adjunct Associate Professor at the University of New South Wales, and a Climate Councillor.

Cheryl has over 30 years’ experience in the national security sector, including specialist Army intelligence and Defence capability roles. In her former role as Director of Preparedness and Mobilisation, Australian Department of Defence, Cheryl led major initiatives into climate change and energy sustainability. Since leaving Defence in 2020 Cheryl has undertaken research and public advocacy on climate change and security.

Topic: Cheryl will cover how the emergence of “symbiotic realism” offers a way forward for peace and security in the Anthropocene. Symbiotic realism is a new framing of international relations merging the practice  of  symbiotic mutualism  in nature with  the dominant “pragmatic realist “ tradition from international security thinking. This will require a rethink about how traditional military and diplomatic signalling needs to adapt in the face of the  global risk of climate change.

Formally educated in physics, Ian Lowe has been working for the last forty years on aspects of energy supply and use, especially environmental consequences such as climate change, as well as the broader issue of sustainable futures.  His principal research interests are in the broad area of policy decisions influencing use of science and technology, especially in the fields of energy and environment. 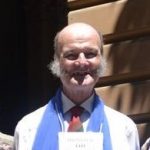 Nick Deane is an ex-public servant with a degree in Sociology. He is a member of the national co-ordinating committee of the Independent and Peaceful Australia Network (IPAN) and convenor of the Marrickville Peace Group.