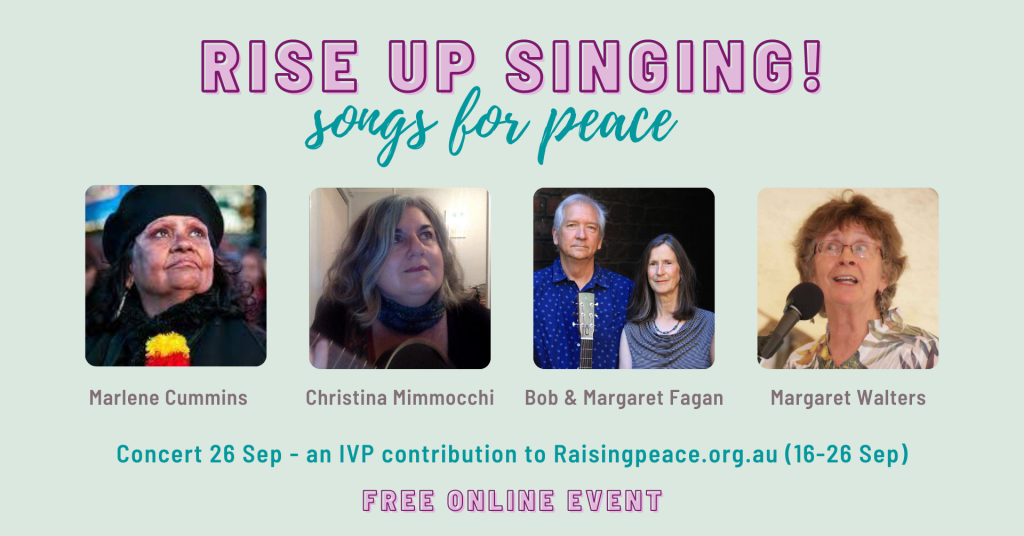 Marlene Cummins: Musician / Artist / Actor / Broadcaster / Story Teller and a Proud Guguyelandji and Woppaburra Woman.  Marlene was born in the southwest Queensland town of Cunnamulla, and spent her formative years in Winton growing up under the cloud of the Aboriginal Protection Act of the 1950s and 60s. Marlene had a ‘grassroots’ upbringing in a very politically aware family. Her life is the story of her people and she tells it through her art, her lyrics, her on-stage performance as both an actress and singer and more recently through documentary film making. Marlene refined her skills as a blues saxophonist and songwriter at the Berklee College of Music Boston in the mid-90s and has been performing live for as long as she can remember.  Website      Videos:   The Blues, It Knows Your Name    Interview

Christina Mimmocchi is an inspiring singer who has been sharing her love of the natural voice with many choirs for 20 years. She is also a songwriter and musician with a solo album “Rumours of Summer”;  she writes for many social history projects such as “Strike 1917!” Christina performs in collaboration with trio Strawberry Thieves and with composer/guitarist Greg White.  Her song “Let There Be Peace” has been sung by choirs everywhere and has been translated into Tetum and performed in East Timor.  Website   Videos: One More Parade   Rumours of Summer    New Ways

Margaret & Bob Fagan are two of Australia’s most respected folk musicians, with a long involvement in the scene, both as a duo and as members of their family band The Fagans. Their broad repertoire is firmly rooted in the Anglo-Irish-Australian tradition, and festival audiences love them for their striking harmonies, stage warmth and political integrity. They sing work songs, traditional ballads, great chorus songs and contemporary stories, related to social justice issues whenever possible.  Margaret’s beautiful voice and Bob’s superb finger-picked guitar are hallmarks of their trade.  They live in the Blue Mountains.
Enquiries about their many albums may be forwarded to: fagansmusic@gmail.com   Biography      Videos: Migrant’s Lullaby       Winding Gear

Margaret Walters has been active for over 40 years, singing folk songs, ballads, sea shanties, songs for peace, social justice, workers, and the environment. She is passionate about getting people to sing along, agreeing with Pete Seeger who said: ”Participation. That’s what’s going to save the human race”.  Margaret’s love for unaccompanied song and harmony has her performing with various groups, primarily Forty Degrees South. She has released several recordings as a soloist, with the Forties and with renowned songwriter John Warner.   Website 2  Website 1   Videos: My Life She Go This Way      Landpulse